A guide to Buying Opals 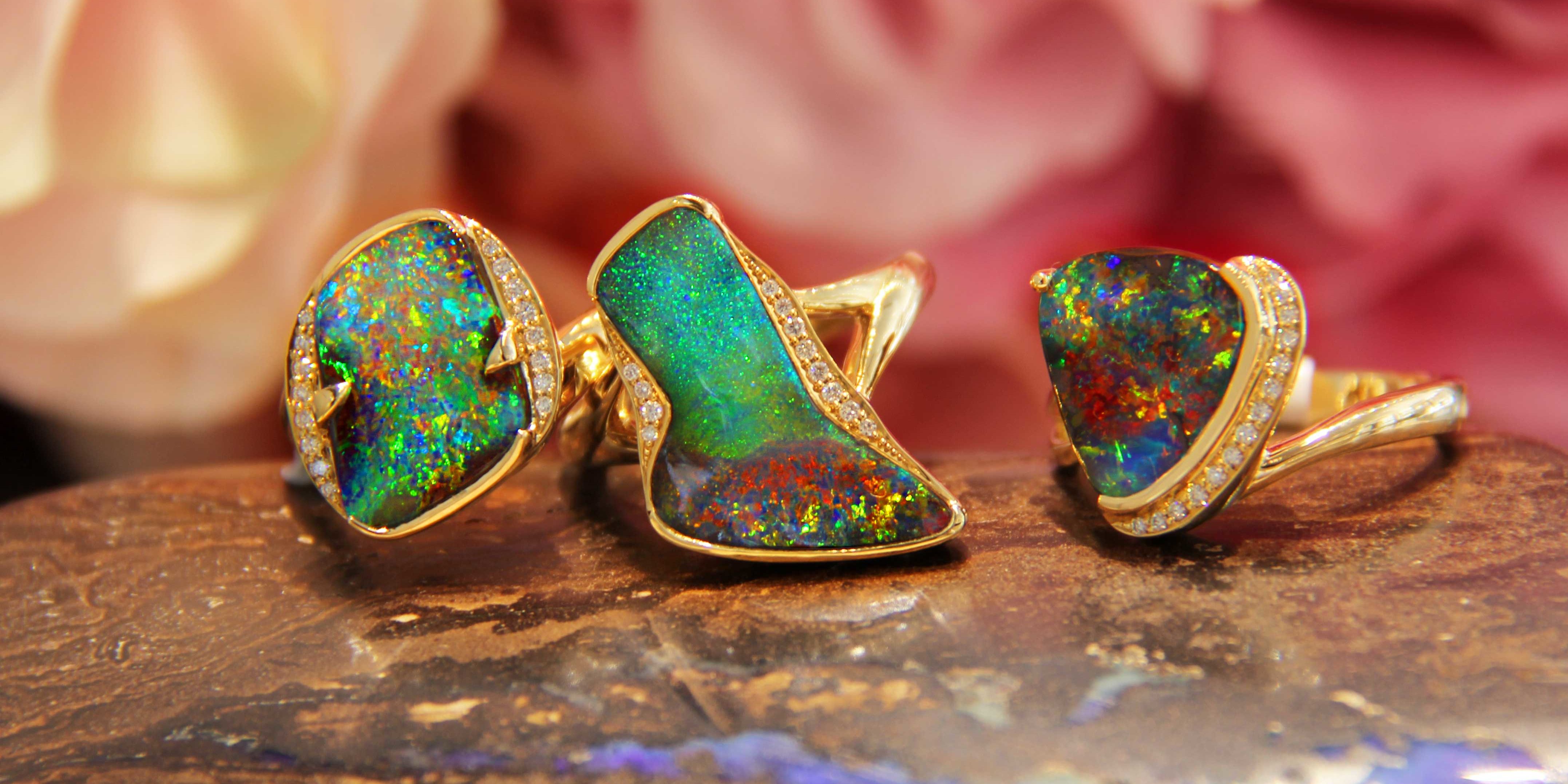 What are the different types of Opals and where are they mined? 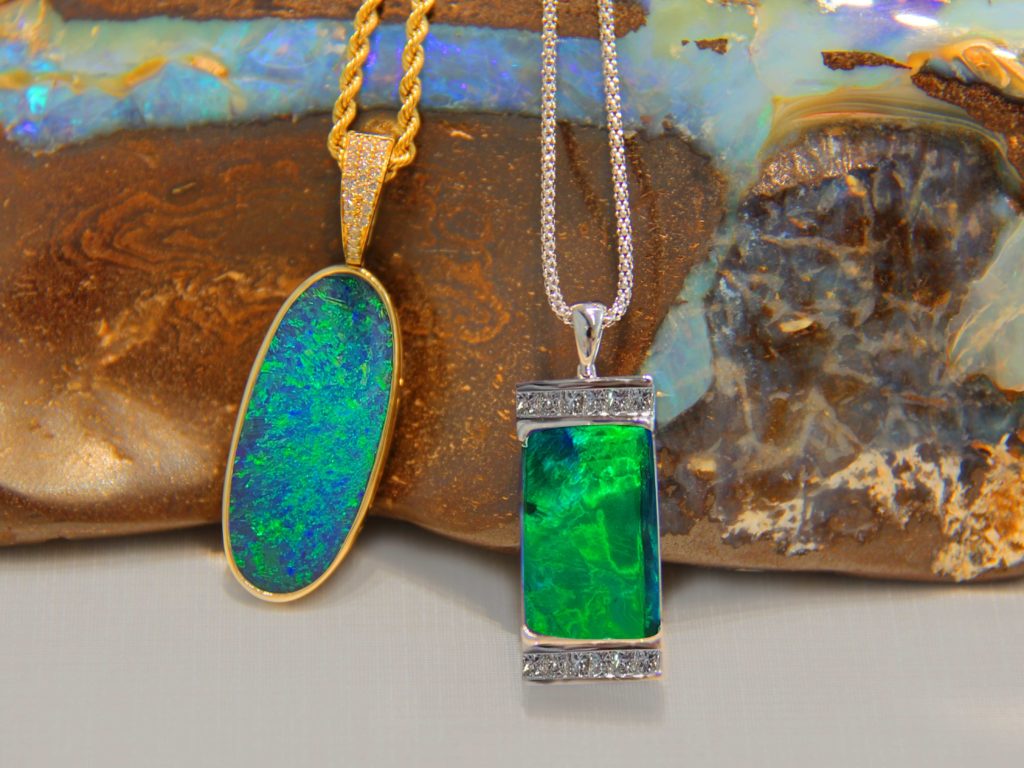 This is the home of the famous Black Opal and it derives its name from the colour of the ‘nobbies ‘or pieces of rough Opal in which the gems are usually found. Black Opals were first discovered at Lightning Ridge in 1903 and today the top-quality Black Opals (brilliant red on a black background) are the most valuable of all Opals. However, there are many other beautiful Black Opal colours from which to choose.

This is the home of the beautiful Queensland Boulder Opal, which many experts declare to be the brightest and most attractive of all the Opals found in Australia. The Opal is found in ironstone and sandstone boulders which are millions of years old. Despite new mining techniques, production from the Queensland Opal mines is unfortunately still very limited.

This is where the ‘white’ or ‘milk’ Opals are mined. Opal was first found in the Coober Pedy area in 1915, but it was not until 1925 that the mining camp was given the name Coober Pedy, which is aboriginal meaning ‘White man in a hole’ … and that is exactly what miners did then, and still do today … live underground to escape the fierce heat of summer.

Select a colour that appeals to you. Red on Black is the most valuable, but there are numerous other colour combinations from which to choose:  Blue, Green, Yellow, Orange, just to name a few.  It is the wide variety of colour and pattern that makes the Opal so unique and valuable.

Always make sure you purchase a solid Opal. Doublets and triplets only have a thin veneer of Opal and are often a tourist trap. Although at times attractive in appearance, doublets and triplets have no investment value. As a matter of policy, in order to protect our clients, Cosmopolitan Jewellers does not stock Opal doublets or triplets.

You can usually pick a triplet by its “glassy” look which is caused by the quartz dome magnifying the Opal veneer.

What is an Australian Opal and Why Opals change colour?
February 24, 2020

Enquire about this product