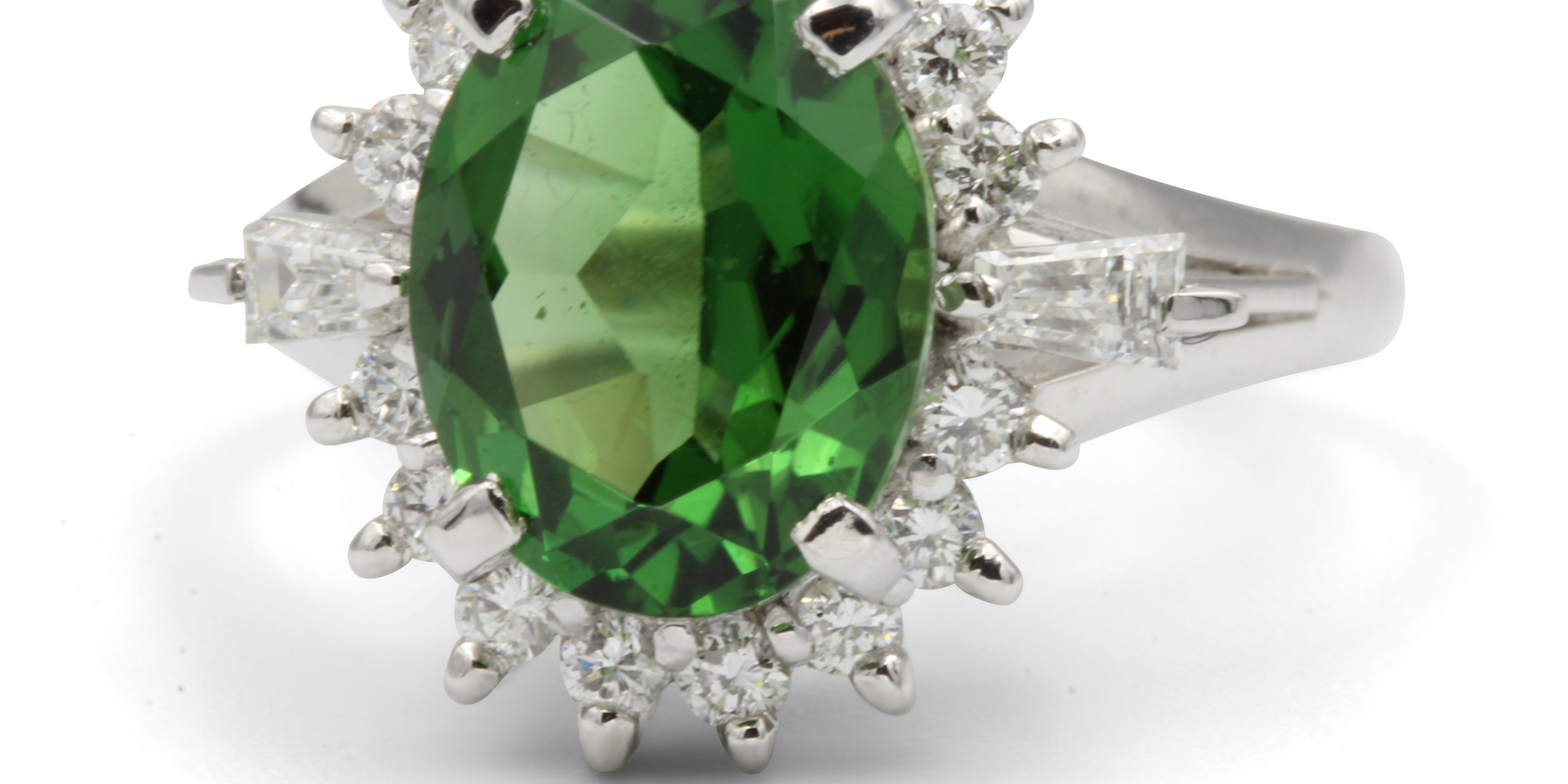 Tourmaline are gems with an incomparable variety of colours. The reason, according to an old Egyptian legend, is that the tourmaline, on its long journey up from the centre of the Earth, passed over rainbow. In doing so, it assumed all the colours of the rain. And that is why it is still referred to as the “gemstone of the rainbow” today.

The name tourmaline comes from the Singhalese word “tura mali”. In translation, this means something like “stone with mixed colours”, referring to the colour spectrum of this gemstone, which outdoes that of all other precious stones. There are tourmalines from red to green and from blue to yellow. They often have two or more colours. There are tourmalines which change their colour when the light changes from daylight to artificial light, and some show the light effect of a cat’s eye. No two tourmalines are exactly alike. This gemstone has an endless number of faces, and for that reason, it suits all moods. No wonder that magical powers have been attributed to it since ancient times. In particular, it is the gemstone of love and of friendship and is said to render them firm and long-lasting.

Tourmalines are found almost all over the world. There are major deposits in Brazil, Sir Lanka and South and South-West Africa. Other finds have been made in Nigeria, Zimbabwe, Kenya, Tanzania, Mozambique, Madagascar, Pakistan and Afghanistan. Tourmalines are also found in the USA, mainly in Maine and Utah. Although there are plenty of gemstone deposits which contain tourmalines, good qualities and fine colours are not often discovered among them. For reason, the price spectrum of the tourmaline is almost as broad as that of its colour.

One particular popular variety is the green Tourmaline, known as a “verdelite” in the trade. However, if its fine emerald-like green is caused by tiny traces of chrome, it is referred to as a “chrome tourmaline”. The absolute highlight among the tourmalines is the “Paraiba tourmaline”, a gemstone of an intense blue-green which was not discovered until 1987 in a mine in the Brazilian station of Paraiba. In good qualities, these gemstones are much sought-after treasures today.

Cosmopolitan Jewellers is situated in the heart of the historic Rocks precinct of Sydney on the site of the first European settlement in Australia. Our spacious, modern and luxurious showroom is located at 140 George Street under the Museum of Contemporary Art. This Art Deco-inspired building is located on one of the most recognised harbours in the world.

Enquire about this product